Today the luxury sector stands out for being a transversal, global and certainly more accessible market than in the past. Modern luxury no longer identifies only what is expensive, refined and therefore inaccessible to the mass of consumers but recalls a broader mental category: the pursuit of personal pleasure, not necessarily ostentatious, through particular experiences and emotions.. The market for luxury goods is dominated by some big global players. Such as Cartier, Prada ,Ferragamo, Louis Vuitton, Kenzo, Christian Dior ,Gucci, to name a few. So, here is the article on the Success Story of Luxury Brand – GUCCI

GUCCI – Luxury in the Modern Era

The success and international rise of a brand called GUCCI Guccio Gucci, born in Florence in 1881 from a family of Tuscan artisans. Thanks to his talent, is still considered today, 150 years after his birth, one of the greatest exponents of fashion. He is passionate about fashion as he moved very young together to his family in London to work as an elevator operator in a famous hotel in the British capital. Thanks to this work, he admires the English nobility every day and develops a passion for horse riding. Horse riding is a turning point in his life, as thanks to it he engages in the production of leather accessories.

Taking advantage of this English experience, Guccio returned to Florence and began selling luggage and leather goods and in 1921, therefore at the age of forty, he founded his own company. In a short time he manages to achieve extraordinary success: 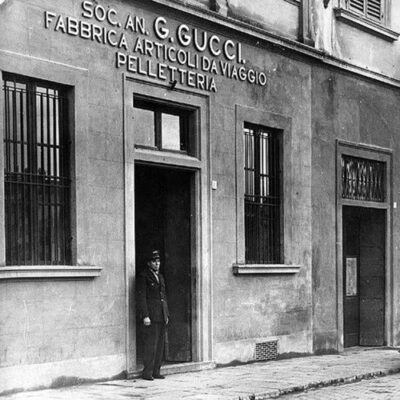 He begins to work with new materials that differ from leather, such as hemp, jute or linen and during the 30s he founds his second boutique in Rome. Where he will produce the moccasin with the golden thread.

His creativity, combined with the desire to constantly innovate, brings Gucci into the fashion elite, between the first It bag with a wooden handle that became famous among Hollywood stars. And the green, red, green ribbon that becomes the symbol of his company. In a short time he will become the brand that brings a succession of innovations to Italian fashion. Making him one of the most influential figures of that era.

The success of the Gucci brand, even after the death of its founder Guccio Gucci died in Milan on January 2, 1953, leaving the responsibility of his company to his 4 brothers. Usually companies that suffer the loss of their founder have difficult years of adjustment and often fail to maintain success in the time. The Gucci case is different.

Even after the death of its founding father, the Florentine company sees an exponential growth of its business. The union of Guccio’s children manages to lead the company towards further successes.

One of Guccio’s sons, precisely Aldo, manages to successfully model the Gucci logo. And in fact for the first time the logo with the two Gs’ is inserted. A clear reference to the name of the founder Guccio Gucci). Which will first be inserted on some products and then subsequently it will establish itself as the official logo of the company. A first shop is opened outside the Italian borders. Precisely in New York and this marks the turning point of the Gucci brand. Because it manages to establish itself abroad and to always attract a greater number of consumers.

With the entry into the American market, the Gucci brand established itself as a symbol of elegance and femininity. From that moment on, the well-established Maison will dress the most famous stars and stripes stars of cinema and politics. Among these we remember the beautiful Liz Taylor and First Lady Jackie Kennedy

The Gucci brand: from the 90s to today

In the 1990s, various stylists succeeded one another at the head of the artistic direction of the brand. Who contributed more and more to the affirmation of the brand on the international scene.

In 1992 , Dawn Mello was hired as creative director of the Florentine company with the task of bringing novelty and creativity within the brand. In fact, one of Mello’s most important choices was the reinterpretation of some bestsellers. Such as the its Bag and the moccasins with the golden thread.

Between 1993 and 1994, they mark a new and bolder turning point for the Guccio Gucci brand which is first bought by an Asian investment fund. And then thanks to the advent of Tom Ford as creative director, they manage to save the GG company from bankruptcy.

It is Tom Ford himself, the man who manages to relaunch the brand in the world’s elite of fashion. The American designer immediately understood the importance of advertising campaigns. And combined with his stylistic directives, Gucci returned to being a point of reference in fashion.

In 2017, Gucci unveiled the “Culture of purpose” 10-year plan, intended to create positive social and environmental impact. Which showcased in the Gucci Equilibrium platform. “

Gucci over the years has bought several brands such as Bottega Veneta, Alexander McQueen, Yves Saint Laurent. And many others that make it one of the most influential fashion houses. Today this brand has more than 500 stores around the world. And continues to represent the excellence of Made in Italy in the world.

Gucci in support of UNICEF The Gucci and UNICEF ​​collaboration began in 2005, when Gucci introduced the first Annual Campaign in Support of UNICEF. This campaign, the longest-running philanthropic initiative in the company’s history, supports UNICEF ​​programs for orphans and children affected by HIV/AIDS in sub-Saharan Africa. Where more than 12 million children have lost one or both parents to cause of this disease. Famous is the exclusive “Gucci for Unicef” bag launched in November 2007. And sold for a whole year to make the most of its fundraising potential.

Here I conclude the Success Story of Luxury Brand – GUCCI. Made in Italy continues to be increasingly protagonist on the world scene. This is confirmed by the results of the Brands Top30 Most Valuable Italian Brands 2019 ranking, i.e. the 30 most successful Italian brands in Italy and in the world. In first place stands Gucci, which recorded a value growth of 50% compared to the previous year. In the ranking of Brands we find Prada in sixth place, Giorgio Armani in tenth place and Fendi in thirteenth place.