The Success Story of Louis Vuitton, Wizard of Luxury Skip to content

The Success Story of Louis Vuitton, Wizard of Luxury

Immortal like its trunks, Louis Vuitton has a very ancient history. Thanks to the ingenious intuitions of its founder, but also to those who, over time, have been able to bring the name of the Maison to the top. So here is the success story of Louis Vuitton, Wizard of Luxury.

Louis Vuitton, the story of a Maison that knows no era.

Who was Louis Vuitton? 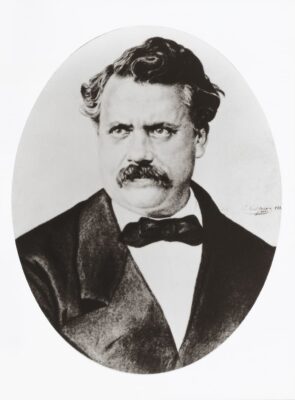 Louis Vuitton was born in the Jura region on August 4, 1821 to father Xavier Vuitton, a farmer, and mother Corinne Gaillard, a milliner. But unfortunately a tragedy disrupts the life of Louis Vuitton when he was still a child. His mother dies when he was only 10 years old, and shortly thereafter his father also leaves him prematurely, leaving Louis alone, who moves away at the age of 13 alone (walking to destination) in Paris.

Once he arrived in the city, at the age of 16, after doing odd jobs and walking hundreds of kilometers alone, he began working in  a large factory of suitcases and accessories, the Marechal , where he began to develop his first ideas for its own line of handbags.

He founded his own small company in 1845, at the age of just 24, and success was immediate.

In 1858, he introduced the first famous rectangular trunks with rounded edges. The success of this design is so incredible that it directly leads him to be the creator of the suitcases of the French empress.

For Louis Vuitton, success is now a done deal.

In 1867, after the Universal Expo, her bags were also admired abroad. And twenty years later the Louis Vuitton company also opened in London.

In 1888 we have the birth of the famous Louis Vuitton logo. 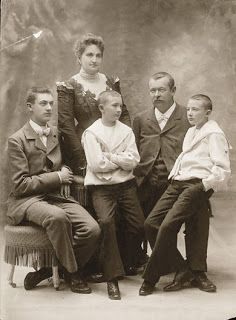 To his son Georges Vuitton the credit for having created the Monogram. In 1896 a canvas characterized by the initials LV that we know very well today. But which, at the time, was an absolute novelty and not just a quirk but rather a guarantee of authenticity.

The idea was met with great success, as were the cloth and oilcloth bags that he promptly patented. While it can be said that it was Gaston, Louis Vuitton’s nephew, who sowed the seed of Objects Nomades. The travel-inspired design collection born in 2012. In addition to following the production. He collected various travel objects and old luggage from the 16th to Nineteenth century.

The history of Louis Vuitton tells that this label, thanks to the luggage. Became the inseparable traveling companion of the nobility and the greats of the time. If the prince of Egypt Youssouf Kemal and the sultan Ismail Pacha could not do without their custom-made suitcases. The trunk of the explorer Savorgnan de Brazza housed a bed inside and that of the opera singer Lily Pons came to contain well 36 pairs of shoes.

Without forgetting the trunk of the conductor Léopold Stokowski. Equipped with a secretaire equipped with a table and shelves, home to books and scores. An ancient tradition, that of Louis Vuitton made-to-measure luggage, which is still alive today thanks to the work of expert craftsmen in the laboratory. Beauty lies in the details.

The history of Louis Vuitton, from yesterday to today 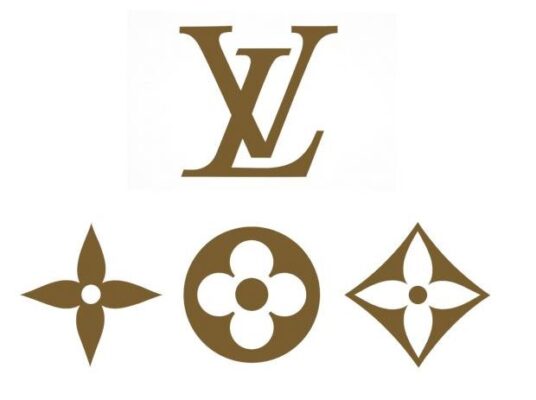 And if in 1959 the production was expanded to bags, small leather goods and accessories. In 1997 it was the turn of prêt-à-porter: Marc Jacobs was called to sign the collections, becoming the artistic director. Under his guidance, Louis Vuitton experienced a new artistic phase. Collaborating with some of the greatest contemporary talents including Takashi Murakami and Yayoi Kusama.

A role that Jacobs held for 16 years, until 2013 when the Ghesquière era began. The designer, who became the artistic director of Louis Vuitton womenswear after his experience at Balenciaga. Today shares part of the path with the eclectic Virgil Abloh, artistic director of the brand’s men’s collections and founder of Off-White.

To celebrate the role played by Louis Vuitton first in the culture of travel and then in the revolution of contemporary taste. The exhibition Volez, Voguez, Voyagez. Louis Vuitton, held at the American Stock Exchange Building in New York. And finished at the beginning of January 2018. Curated by Olivier Saillard. The exhibition retraced the great stages in the history of Louis Vuitton. From the archives of the founding family to the creations that have been able to bring the label’s name to the top, despite the passage of time.

When we talk about the history of fashion we talk about Louis Vuitton . And that’s not a figure of speech. This ancient Parisian Maison still bears the traces of an experience spanning nearly two centuries and which is reflected in the class and beauty of each product.

How not to fall in love with Louis Vuitton? Women know it well, it’s an irresistible call . The price is not always within everyone’s reach, but this too is a sign of the great prestige and value of a company that has always loved female beauty.

Although the historic house has now become a multinational of inestimable value, it has never lost that traditional taste that characterizes its elegance. And to think that it all began with the passion of a courageous twenty-year-old in 1845 !

In today’s post by URS FASHION, we will relive the history of the Louis Vuitton company. And that of its founder, who launched it into the Olympus of famous fashion houses in the world. Welcome to our fashion magazine!

The company in history 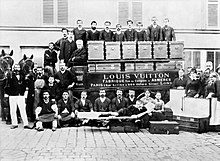 Thanks to the interest of children and grandchildren, the Vuitton company expands from 1901 onwards all over the world.

Its offices are opened first in New York, then in Washington, Bombay, Cairo. Wherever beauty could be added to local fashion with the winning ideas of a special brand, the brand was present.

Beyond the stain of collaboration with the Nazis during World War II, Louis Vuitton has always brought prestige to France and its people.

During the 20th century his specialization changed. No longer just bags and suitcases but also clothes, shoes, jewels, accessories, eyewear and even books – with a publishing section!

In 1987 the company even entered the wine production, supporting the Veuve Cliquot champagne and the Moet Hennessy. Louis Vuitton’s descendants have today transformed the family business into a multinational, whose value today is stratospheric: 25.9 billion dollars!

The multinational was acquired for 42% (thus becoming the majority shareholder) by Bernard Arnault. Who thus became one of the richest men in the world.

In the meantime , Madame Odile Vuitton-Ricamier wanted to entrust the reins to an exceptional artistic director, the American designer Marc Jacobs .

In 2000, Louis Vuitton became a real industry that relies on famous names to keep the brand high. The multinational thus carefully cultivates the choice of testimonials and brand ambassadors. And over time has used famous models, musicians and actors.

The prestige of Louis Vuitton products is associated with exclusivity. Although it is difficult to buy the originals. They can only be found in authorized stores or on the official website of the Maison. The turnover is stellar (ten years ago it reached 14 and a half billion dollars!).

In 2013, the agreement with Marc Jacobs ended and since then the company has been managed by the Frenchman Nicolas Ghesquière. Who has started a collaboration with Supreme NY .

The Maison today is a world that has expanded from leather goods to perfumes, jewels, watches, footwear, Pret-a-porter. By evolving, it has also managed to occupy other worlds, That of art, editorial projects, major international sporting events (from regattas to vintage cars). Without thinking only of women. The Louis Vuitton men’s line was the protagonist of an extraordinary campaign in 2020. In the midst of the pandemic and even in a period that contained movements and contacts. The theme of “travel” remained identical and identifying.

All this wonderful story passes in more recent years through the acquisition of Bernard Arnault’s luxury pole so Alessandra Lautone also analyzes the recent history of the group. A luxury multinational, and how the Maison has remained intact in its role as a champion of luxury .

It is undoubtedly also due to the quality of the product. The bags are tested manually in order to be placed on the market. Despite the counterfeiting, having an original Louis Vuitton remains the “must have” for many women.

Louis Vuitton’s was therefore a global success, which says a lot. You can start from nothing, but you have to work hard, do it with quality. In just a few years, the very young suitcase maker apprentice became the founder of one of the most famous brands in the world. And is capable of representing an absolute level of luxury and style. He didn’t imagine it, but maybe he dreamed it.

And the story continues today.