Party Queen- Dress Up For Halloween Skip to content

Party Queen- Dress Up For Halloween

Hey, if witches, vampires and nuns are tired of hell? No worries party queen- dress up for Halloween. Here in this article we have shared costume and makeup ideas that you can do yourself and not spend a lot of money

Men can now scroll further, though… What if there is someone among our male audience who has not decided on a costume and makeup for the celebration of Halloween? It will be just about this.

It is believed that on the night from the 31st October to the 1st November, all evil spirits leave the other world and wander among mortals. To deceive the villains, people themselves began to dress up in creepy costumes – this is how they saved their lives. Fairy tales are fairy tales, but you need to get together for a party – we suggest ideas for reincarnations for a night of horrors. 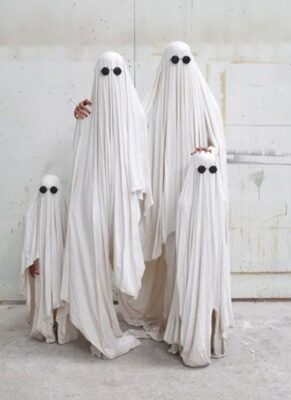 Usually, girls choose something sexy for Halloween, but what if this time you want to try on a completely opposite image? Throwing on a sheet and wearing black glasses, it would seem that it could be easier, but how often have you met such a character at a holiday? We were also impressed by the potato sack costume – you are guaranteed a wow effect.

Chips costume is funny, yes, but how to realize it? If you really have the desire and the opportunity to invest in a look, try to find an unusual costume on Ozon, you will be surprised how much you can find there. There are also costume rental services in the city – what if you manage to rent something truly amazing?

*Characters from the world of cinema 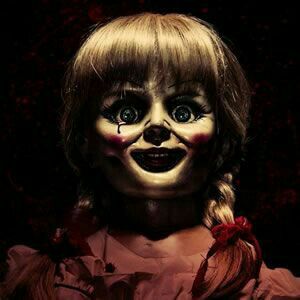 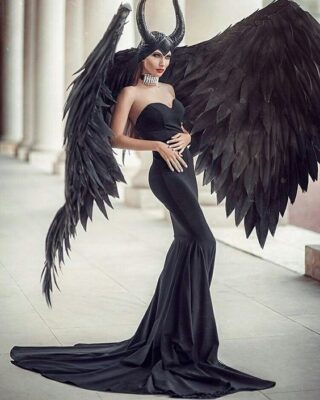 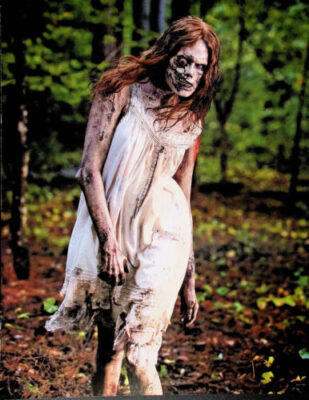 After the release of the movie It in 2017, on Halloween we had the honor of watching some insane amount of yellow capes and red balloons. The next boom happened in 2019, when the second part of the film was released. The images are still popular – the film has become a cult classic.

Often, as a costume for the holiday, girls choose the image of the heroine Wednesday Addams, the eldest daughter of Martisha and Gomez, who are also attractive characters for Halloween. How do you like the idea?

Creepy girl from “The Ring”, a character from the horror film “Scream”, maniac Jason from “Friday the 13th “. Choose characters from any zombie movies. John Kramer, nicknamed the Constructor from the films “Saw” … How many Jokers will you meet per night? Cruella de Vil, Maleficent or the Black Swan, Leon and Matilda. Characters from Tarantino films – Mia Wallace or Beatrix Kiddo, there are a lot of options, there would be a desire. 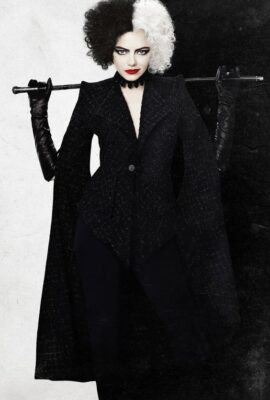 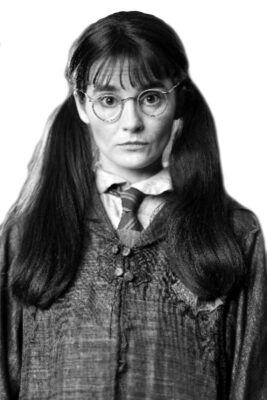 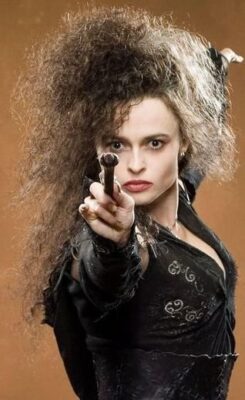 Books and movies about the boy who lived gave us so many favorite characters that it’s hard to choose just one. You can push off from the main characters – Harry, Ron or Hermione. It will turn out more original if you choose an image for your costume based on the teaching staff or, for example, try on the uniform of Mr. Filch, the caretaker.

You can also join the enemy camp – among the Death Eaters there were also bright characters, for example, Bellatrix Lestrange or Peter Pettigrew. Paraphernalia from the world of wizards is actively sold in stores, subway passages, and marketplaces — finding the right thing is not difficult.

*Pink world Barbie or pop divas of the early 2000s 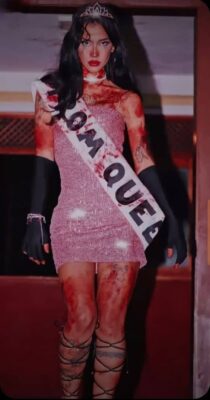 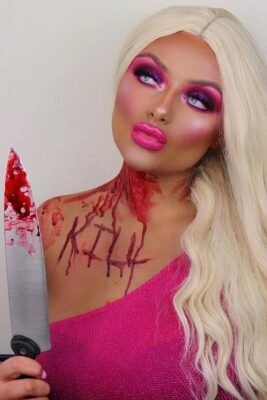 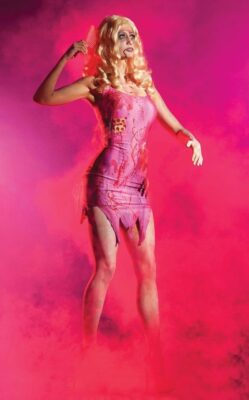 It has become terribly popular to dress up in images from Britney Spears videos. A schoolgirl in “Baby one more time”, a flight attendant from “Toxic” or a red latex catsuit from the “Oops! .. I did it Again” video. The pink image of Paris Hilton is easy, Shakira’s curls are a little more complicated, but maybe you were lucky by nature. The image of the football player Milagros from the series “Wild Angel” will definitely attract attention at the party.

Remember how popular playboy bunny costumes were in teenage melodramas. In “Mean Girls” Regina George tried on such a costume, we also saw it on Reese Witherspoon in “Legally Blonde”. The long-suffering image became for the heroine Renee Zellweger in the movie “Bridget’s Diary” Jones.” Barbie costume can be attributed to the classics. As an option – a cheerleader uniform, the images are inspired by American schoolgirls, for greater effect, you can depict zombies. 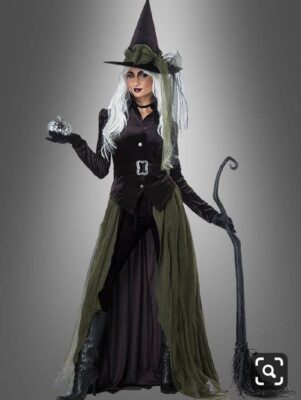 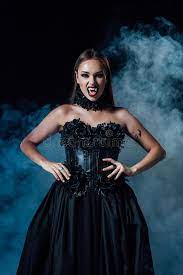 If you really don’t want to reinvent the wheel, you can always turn to classic Halloween characters. Trite – yes, but in a suit. Witches, vampires, nuns, nurses, she-devils (usually depraved), creepy dolls.

Attributes and props or costumes can be bought or ordered on marketplaces. Headbands with horns, witch hats, fangs, colored lenses. 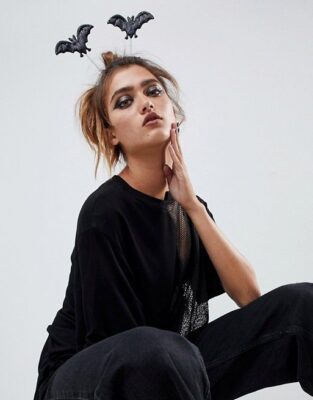 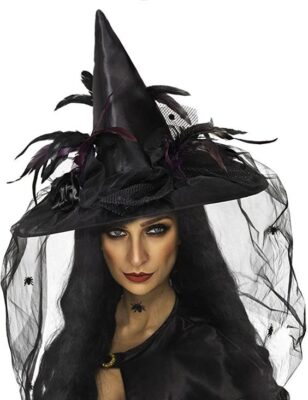 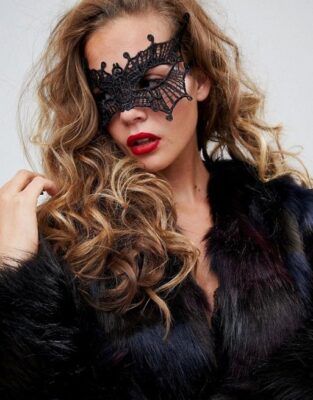 For the image of a creepy doll, you can generally do without additional expenses. A dress, two pigtails, a bow, white tights and a teddy bear, add makeup – you’re done. The she-devil can also be played by dressing up in something blood red and adding cute horns. 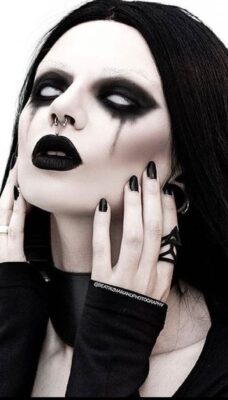 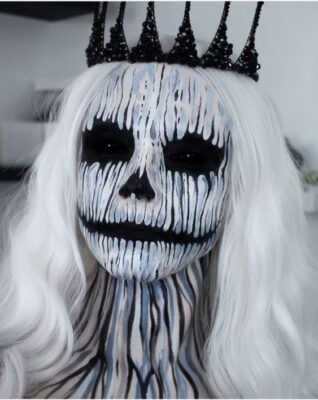 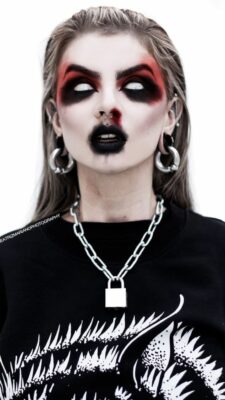 You can ask Google or YouTube about how to make a make-up of a vampire princess yourself. Whiten the face, make circles under the eyes with dark shadows. Apply same to the cheekbones for the effect of sunken cheeks and blood drops can be depicted with red lipstick. Make-up kits and artificial blood are sold in art stores.

I hope this article ”party queen- dress up for Halloween” served you well. Do blast your party with your scary Halloween look. In case if you are looking for customized Halloween gowns or attire you can visit our website URS FASHION and can contact us to place the order. And yes, have a great Halloween party

2 thoughts on “Party Queen- Dress Up For Halloween”